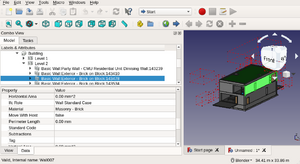 IFC (Industry Foundation Classes), is an Open Data schema and set of formats used to store OpenBIM data. It is developed and maintained by BuildingSMART International. IFC data can digitally describe many concepts, including:

The majority of BIM programs can read and write IFC data. However, the quality of vendor support for IFC data varies significantly between software. There are a lot of myths about IFC - so BuildingSMART International made a video series to address this: IFC Myth Busters

For IFC 4x3 it is also possible for you to improve the documentation by visiting the automatically generated version.

IFC data is most commonly found in a plain text file format with the file extension .ifc. A common misconception is that IFC is only a intermediate file format. Instead, IFC is a schema, with a full file being only one of many possible ways to store or transfer OpenBIM data. It is possible to transfer portions of OpenBIM data, or full models, using a variety of serialisations. Other serialisations include: 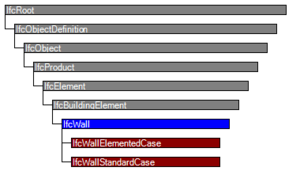